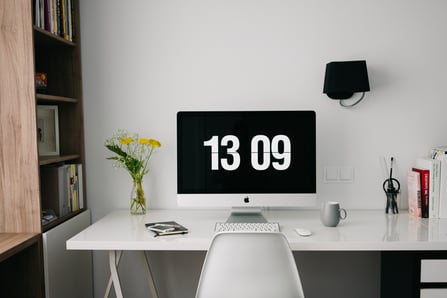 Time is our scarcest resource, yet we spend so much of it doing things that are unproductive -- usually without meaning to. We sit at our computers with what feels like a zillion tabs open filled with design inspiration, Youtube video tutorials, Basecamp and more. Our to do list feels like it never ends.

The average person wastes 31 hours in unproductive meetings according to Atlassian. And a McKinsey study shows we spend an average of 13 hours per week reading, writing, or responding to email. That's leaves roughly half of your time at work actually spent doing work.

While it's true we're being pulled into more directions than ever before these days, it's not just the internet and our clients and our bosses holding us back from making the most of our time. In many cases, we are the ones responsible for our own lack of productivity.

Part of this stems from our addiction to information. Scientists have discovered that the dopamine neurons in our brains treat information as a reward. While this makes sense evolutionarily -- having access to relevant information like the location of food sources means we make better decisions and are more likely to survive -- it also means we're naturally attracted to distractions outside our primary objectives.

Since most of us more successful and happy when we're productive, we've all become a little obsessed with life hacks and shortcuts. How can we produce more by doing less? We look over at the person who seems to get it all done while still managing to have a life, and we ask ourselves: What does she know that I don't? Is there a secret to high productivity?

Well, there's no secret, per se. But with some work, many of the barriers to productivity are solvable. In this post, you'll find four of the best scientific productivity "hacks" and time management strategies out there. (And if you have others to add, we'd love to hear them in the comment section.)

There's something to be said about Nike's "Just Do It." It turns out the biggest hurdle to being productive is simply getting started.

According to a study by Award-Winning Psychology Researcher Dr. John Bargh, before we embark on big projects, our brains attempt to simulate real, productive work by focusing on small, mindless tasks to pass the time -- and, consequently, prevent us from getting anything done. Now it makes sense why my college dorm room was never neater than during exam week.

Once you get over that hump of just starting already, there's good news: We feel naturally compelled to finish a task once we've already started, thanks to the Zeigarnik Effect. According to Social Psychology and Human Nature, the Zeignarnik effect is "the tendency to experience intrusive thoughts about an objective that was once pursued and left incomplete."

So the next time you're faced with a daunting task, the key is to start. For some, this might mean diving right in even if you're not sure where to begin. HubSpot UX Editor Beth Dunn told me that when she gets writer's block, she just opens up a blank document and starts typing away, even if the words don't mean anything. For others, it might mean splitting big projects into smaller ones. HubSpot Co-Founder and CTO Dharmesh Shah said he likes to "'deconstruct' the large problem at hand into smaller, bite-sized chunks. Each of the individual, smaller things seem surmountable on their own, and it calms [him] to know that if [he] conquered all of those small things, [he's] essentially conquered the big thing." Whatever your style, to get stuff done, you've got to get over the hump of getting started.

Have you ever heard of the "basic rest-activity cycle" humans experience when we sleep? Physiologist Nathaniel Kleitman, the pioneering sleep researcher who co-discovered REM sleep, is also well known for observing that humans alternate progressively between light and deep sleep in 90-minute periods. According to a Harvard Business Review article by Tony Schwartz, Kleitman found that we operate by that same 90-minute rhythm during the day by moving progressively through periods of higher and lower alertness.

After working at high intensity for more than 90 minutes, writes Schwartz, we begin relying on stress hormones for energy. The result: Our prefrontal cortex starts to shut down and we start losing our ability to think clearly and reflectively. "We move from parasympathetic to a sympathetic arousal -- a physiological state more commonly known as 'fight or flight.'"

So instead of artificially overriding periods of low alertness with caffeine, sugary foods, and stress hormones, you can better manage your time at work by respecting the human need for rhythmic pulses of rest and renewal.

Just look at the world's top musicians. A man named Anders Ericsson conducted a study of elite musicians and found they don't necessarily practice more -- they just practice more deliberately. "They focus their energy in packets," says Gregory Ciotti in an explanation of Ericsson's study. This means "periods of intense work followed by breaks, instead of diluting work time over the whole day. They don't rely on willpower -- they rely on habit and disciplined scheduling." Ericsson's study of elite violinists found they tend to follow 90-minute periods of hard work with 15-20 minute breaks.

Rest periods get a bad rap in today's working world, but it turns out they are one of many integral time management tools that lead to high productivity over long periods.

For some of us, it's bad habits like checking email every few minutes or forgetting to set agendas for our meetings that cost us (and others) precious productivity time. Sometimes these habits become so automatic, we don't even realize we're doing them.

It's not so much that it's difficult for us to change; it's that we've developed habits and patterns that make it easier for us to do things the same way we always do. Pulitzer Prize-winning reporter Charles Duhigg spent a number of years researching the power habits have over us. He found that rather than trying to eliminate an old habit, people find more success in changing that habit by replacing it with a new, less destructive one.

Why? Because every time you have an urge and you do something about it, the reward you get from it (whether it's a tobacco high from smoking or the satisfaction of knowing you're at inbox zero) creates a neurological pathway in your brain. When you repeat that action and experience the same reward again, that neurological pathway gets a little bit thicker; and the next time, even thicker. The thicker that pathway gets, the easier it is for impulses to travel down it. So when you try to extinguish a habit completely, you're actually trying to use willpower to destroy a neural pathway. It's possible, but it's pretty darn difficult for most people.

So if you're having trouble eliminating a habit that's keeping you from being productive, here's what Duhigg suggests you do: 1) Diagnose the "cue" or the urge that sets off the habit; 2) diagnose the reward you get from doing that habit; 3) replace your habit with an activity that's both triggered by the old cue and delivers the old reward, or a version of it. (See the full flow chart here.)

For example, let's say you have a bad habit of checking your Twitter feed at least once every hour and it's cutting into your productivity time. You're having trouble simply stopping checking your Twitter feed -- it's something you barely notice yourself doing until fifteen minutes have ticked by. First, diagnose the cue. Ask yourself questions like: What time is it when you feel the urge to check Twitter? Where are you? Who else is around? What were you doing right before? Ah, that's it! You realize it's become a habit for you to check Twitter right after you check your email because they're next to each other in your bookmark bar.

Now, it's time to diagnose the reward. What craving does reading your Twitter satisfy? Maybe it's the satisfaction of knowing you've taken care of all your notifications once you've taken care of all your emails -- the Twitter equivalent of "inbox zero." Perhaps it's the urge to always know what's going on: in the news, with your friends, and so on. Figure out what satisfies you about that habit, and then replace it with something that will make you more productive. In this case, I might replace Twitter in my bookmark bar with an RSS feed listing articles relevant to your industry. While quitting cold turkey would seem best, the RSS replacement is a more realistic step closer to higher productivity, as it'll satisfy my urge for information.

Speaking of building good habits, Schwartz says the best way to get things done "is to make them more automatic so they require less energy." As President and CEO of The Energy Project, he advises his clients to develop rituals; highly specific behaviors done at precise times that, over time, become so automatic that they require no conscious will or discipline.

For example, Schwartz makes a habit of immediately writing down new tasks he needs to accomplish and new ideas that occur to him, whether it's on Evernote or on a scrap of paper nearby. That way, he never has to walk around preoccupied by the burden of remembering something.

Another version of Schwartz's philosophy is what Harvard Business Review's Gretchen Gavett calls OHIO: Only Handle It Once. When you go through your email, decide immediately what to do with each one -- immediately respond to the ones that ever need answering, and delete the unimportant ones on the spot. Don't put them into a storage system.

David Allen, productivity consultant and author of the best-selling book Getting Things Done, would agree: "People don't capture stuff that has their attention. And it keeps rolling around in the organizational psyche as well as the personal psyche, draining energy and creating incredible psychic residue. People say, 'I’ll do that,' but they don’t write it down, and it goes into a black hole. That would be fine if it were just one thing, but it’s hundreds of things ... Your head is for having ideas, not holding them. Just dumping everything out of your head and externalizing it is a huge step, and it can have a significant effect."

Studies have concluded time and time again that willpower is a finite resource. Acts of self-control, like trying to remember to respond to Bill's email or ignoring distractions, leave us with decreasing willpower throughout the day. But when we develop productivity rituals as time management skills that eventually become automatic, we're able to expend less energy on them and more energy on the things that really matter. According to Lia Steakley of Stanford Medicine's Scopeblog, "As with physical exercise, using your self-control muscle may be tiring, but over time the workout increases your strength and stamina. So what starts out difficult becomes easier over time. New behaviors become habits, temptations become less overwhelming, and willpower challenges can even become fun."

As Schwartz says, it's not that you're lacking discipline -- it's that you don't have a ritual. If you make habits like responding to emails right away and writing things down as soon as you can after they happen, you'll eliminate the fear of forgetting, and therefore, the burden of remembering. The result: more energy, more willpower, and better productivity.

What other productivity hacks do you have? We'd love to hear them in the comments below! 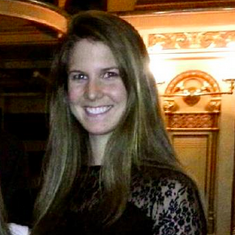 Lindsay is more of a warm-weather type and is likely hibernating right now. (Thanks, Boston weather.) Her dream is to live on the coast where she can run along the beach with her two husky puppies every day.