Two Years in the Life of HubSpot's Content Optimization System

Just as growing up is a process of experimenting, learning, evolving and finding one's identity, so goes the life of a robust content management system. The HubSpot COS is no exception.

At INBOUND 2013, HubSpot re-launched our Website Platform as part of a broader “Content Optimization System.” Dharmesh Shah described the vision of the HubSpot COS as a simple content management and personalization engine for marketers to leverage the power of inbound marketing.

Fast forward to today and the road to INBOUND 2015: there’s been significant headway, with a whole lot more to be announced (hint: register and attend INBOUND to find out what’s in store for the COS). Yet, as we prepare for our future, it’s powerful to remember where we’ve been.

As the needs and aspirations of HubSpot customers have grown, we’ve introduced a whole host of COS-related features and tools. You’ve likely noticed changes in the appearance and functionality of the COS, but did you know that there have been over 1,600 updates, fixes, and enhancements over the last two years? 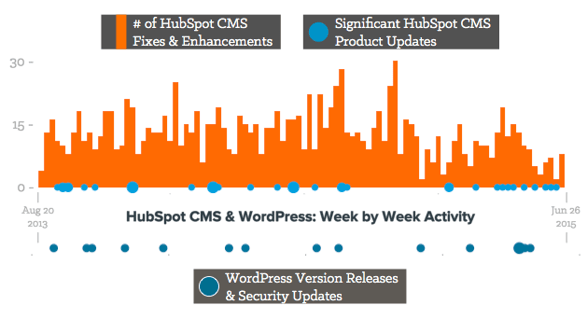 These fixes and enhancements are rolling out daily to our customers, with no need for them to manually update. Compare this, for example, with a website platform like Wordpress which offers versioned releases that generally must be downloaded and deployed.

As it has been growing and evolving, the HubSpot COS has attracted a strong community of users and developers who push our product team to build the best content management system for marketers and developers alike. This community also continues to push the boundaries of what is possible, from building “database-driven” websites powered by Google Sheets to dynamic, visual portfolios.

As this community pushes the limits of the COS, the HubSpot's product and support teams have stood by to iron out problems and expand what's possible.

For example, in the early days of the COS, the HubSpot support staff most often helped users with file management. Users are now most often looking for help with building custom modules and styling their pages.

Meanwhile, the product team has ensured that the COS works as smoothly as possible and continues to add features that delight marketers and developers alike. Every day, the product manager for the COS reviews support tickets, customer emails, forum posts, usage patterns, and user ideas (fun fact: there are over 200 active suggestions on ideas.hubspot.com) to prioritize potential fixes and features. As you can see in the infographic above, over time the product team has been able to focus more on feature releases and less on bux fixes as the core COS has become increasingly robust.

In 2013, the COS was beefing up its ability to handle rich-text editing, smart content and image sliders. As web design has advanced, the COS has begun to play a more advanced game, flexing powerful new muscles like automatic image compression (increasing speed) and Smart HTML Modules (allowing you to, for example, display a live chat window to prospects but not to customers).

Interested in exploring the evolution of the COS? Look no further than this interactive timeline of the COS features that have rolled out since the Content Optimization System was announced at INBOUND in 2013:

* Note: this post has focused specifically on the HubSpot Website Platform. Meanwhile, the other parts of the Content Optimization System (Blogs, Landing Pages, etc.) have also been furiously growing and evolving. 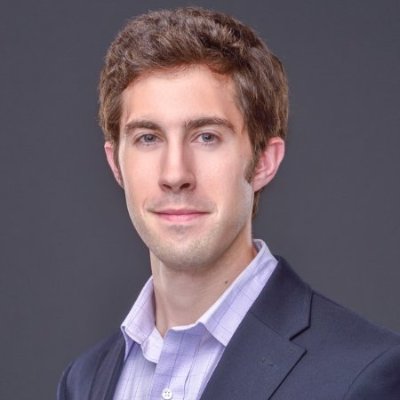 MBA Intern at HubSpot, on loan from MIT Sloan. Will is a builder and marketer with experience at the intersection of business, technology and social impact.