"Comic Sans is the best joke I ever told," tweets the font's creator, Vincent Connaré.

Between websites like BanComicSans.com and an online petition against the typeface with over 5,000 signatures, it's clear that people don't just hate Comic Sans ... they really hate Comic Sans.

Often times, typography speaks louder than words. The style we choose to present a message has a lot to do with what we are trying to convey. And when it comes to visual language, it's hard to find an appropriate application -- outside of maybe a lemonade stand sign -- for Comic Sans' casual, naive arrangement.

While this typeface has become the punch line of most designer jokes, there are a handful of other fonts out there that are equally as offensive. So to help you avoid a design crime, we've outlined a list of 10 other fonts to steer clear of.

Every font has its day ... and for Papyrus, it's over. It's been over.

Over the years, this font has been used on everything from movie posters to bad rustic Italian restaurant menus. So unless you want your business to blend into a sea of sameness, avoid it.

Back in the day, this font was reserved for Clip-Art-inspired birthday invitations I made on my desktop computer. Enough said.

Is it just us, or does this font scream "bad tattoo"?

We were so distracted by the lasso-esque wisps and the crackled texture that we almost didn't realize how off-putting the name actually is.

Sure, dotting your "i"s with hearts was cute when you were writing a note to your crush in middle school, but it's hard to take this sweet style seriously. Not to mention, the designer blatantly ignored the need for an apostrophe when naming this font. Yikes.

Outside of a movie poster for a horror movie or a Halloween sale at Party City, we're not quite sure where you'd find an appropriate place to use this font. It's just ... creepy.

Like Comic Sans and Curlz, this font gives off a childlike feel, making it hard to find a legitimate use for it.

Technically speaking, there's really nothing wrong with this font. It's clean, it's clear, and it's legible.

But it's really hard not to associate this with long, over-caffeinated nights spent trying to write and format a college paper hours before it's due. It's a good idea to steer clear of a font with so much emotional baggage.

And we thought dotting your "i"s with hearts was bad ...

I'm 99% certain that I had a t-shirt with this font on it when I was going through my "alternative" phase in high school. It's safe to say that this font and that phase were both a bad idea.

But if we're being honest, it reminds us a lot of the text you've grown used to seeing on LOLcatz memes. And while we love a good meme, it may not be the connotation you're looking for when trying to market your business.

This font used to be really popular ... in the AIM profiles of teenage girls.

Our advice? There are plenty of other great handwriting-style fonts out there, so opt for something a little less dated.

What font do you love to hate? Let us know in the comment section below. 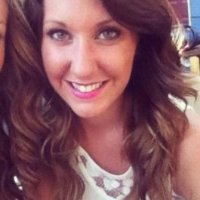 Carly Stec is a Staff Writer for HubSpot's Marketing and Agency Blogs. She has a strong affinity for tea, New Haven pizza, and anything Kate Spade.